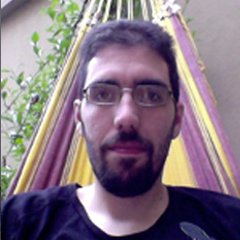 For a long time, I’ve been collecting several curious, weird and sometimes funny Erlang bits. I like to share them with you so we can all laugh but also learn from them.

This talk’s goal is mostly to have a fun time while rediscovering the fact that those who create and maintain Erlang/OTP are also just developers… like ourselves.

Brujo has been a programmer since the age of 10 and he has already more than 15 years in the industry. He was a VB, .NET, Java and Haskell programmer until he found Erlang 8 years ago. He’s now Inaka's CTO and Erlang Solutions’ Tech Lead and Trainer. He’s an active member of the open-source community and his blog (Erlang Battleground on Medium) was the most active Erlang blog of 2016.