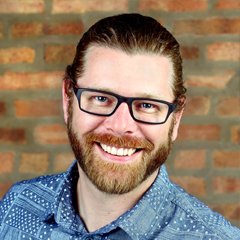 Instrumenting the World with the BEAM

At CRT Labs we are developing an open source platform for monitoring and instrumenting the built world. The platform consists of several subsystems for gathering data from disparate data sources including weather, energy, environmental quality and HVAC systems.

The platform is built on a Raspberry Pi 3 running Nerves, a system for building embedded Elixir systems, and several USB gateways for interacting with the different subsystem hardware. Through a combination of wireless protocols including WiFi, ZigBee and 915Mhz FSK we aggregate the disparate data sources for analysis within a cloud based GUI. The Raspberry Pi also hosts a local web server for configuration and review of real time sensor data using websockets and an Elm based frontend.

The cloud platform consists of a simple Elixir/Erlang middleware for client/server certificate verification, InfluxDB as the time-series data store and Grafana for data visualization.

Along with open sourcing the core platform, we have also open sourced all of the libraries the platform is built upon.

The platform itself is available here https://github.com/NationalAssociationOfRealtors/rosetta_home
And the cloud backend is here

This talk should show the viability of using Elixir and Erlang for embedded software and hardware development. While also promoting the open source project for others to contribute.

Anyone who has an interest in IoT, embedded software, time-series data or data visualization.

Christopher Coté is a software engineer with a passion for hardware. He is the Lead Lab Engineer for the National Association of Realtors' R&D Lab, CRT Labs (https://crtlabs.org) Prior to joining NAR Chris ran his own software development and consulting company. He was a lead engineer for the Obama 2012 campaign and has helped found and build several startups around the Chicago area. Christopher has always found himself driven to create sustainable and efficient systems, whether that's for massive political campaigns, growing food or controlling and monitoring the built world. This experience has given him a unique insight into how technology and the built world coexist in society today and will continue to evolve into the future. http://stackoverflow.com/cv/christopher.cote