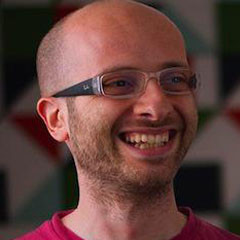 Elixir is growing in popularity day by day. Many developers are approaching it with prior patterns and knowledge, building software that works but that doesn’t leverage many features of Erlang and its BEAM runtime. In this talk we’ll go through some examples and learn how to write great Elixir code.

In this talk, we’ll be guided by examples and learn how to architecture everyday tasks, combining the expressiveness of Elixir with the strong foundations of Erlang and the BEAM vm. If you’re curious about Elixir and want to see what you can build with it, this is the talk for you.

Claudio works as Head of Elixir at Erlang Solutions Ltd. He's a software engineer with more than 5 years of commercial experience in complex web applications and apis, with expertise in Elixir, Ruby, Elm and JavaScript. He previously worked at New Bamboo Web Development Ltd. (now part of Thoughtbot Inc.) in London, UK.