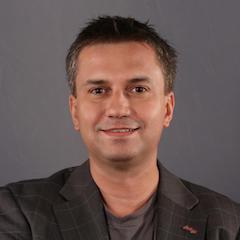 Monitoring and Pre-emptive support: The road to five nines on the Beam

You’ve heard about systems achieving five nines availability. That is 5.26 minutes of down time per year, software upgrades included. And we’ve been doing it at a fraction of the effort of conventional technologies. It does not happen on its own, however, just because you are using Erlang or Elixir. In this talk, we will cover approaches and best practices in systems which never stop, allow us to monitor them and practice pre-emptive support.

Francesco Cesarini is the founder of Erlang Solutions Ltd. He has used Erlang on a daily basis since 1995, starting as an intern at Ericsson’s computer science laboratory, the birthplace of Erlang. He moved on to Ericsson’s Erlang training and consulting arm working on the first release of OTP, applying it to turnkey solutions and flagship telecom applications.

In 1999, soon after Erlang was released as open source, he founded Erlang Solutions, who have become the world leaders in Erlang based consulting, contracting, training and systems development. Francesco has worked in major Erlang based projects both within and outside Ericsson, and as Technical Director, has led the development and consulting teams at Erlang Solutions.

He is also the co-author of 'Erlang Programming' and 'Designing for Scalability with Erlang/OTP' both published by O'Reilly and lectures at Oxford University.