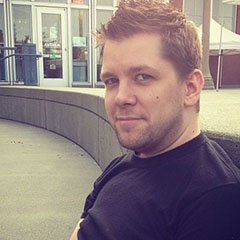 The ABCs of OTP

You thought Elixir was cool before, wait until you see what OTP can do! Learn the basics of OTP and discover how to use processes, generic servers, and supervisors to take your Elixir apps to the next level. See how "letting it crash" can actually be a good thing and stop shipping buggy code. No previous experience required.

When I began learning Elixir, OTP seemed like an insurmountable wall of knowledge and (to me) confusion. I had difficulty knowing where to start. Prior to learning OTP I was unfamiliar with terms like "callbacks" which made some concepts difficult to grasp. The aim of this talk is to help people get their first step into the world of OTP without assuming prior knowledge. They should leave the talk with a good understanding of GenServer and Supervision trees and how to use them, as well as general ideas about the other areas of OTP and what to learn next.

Those excited about Elixir without a deep understanding of OTP, specifically processes, GenServer, and Supervisors.

Jesse J. Anderson has been creating things for the web since before comic book movies were cool, first as a designer and more recently as a developer. He prefers ortholinear keyboards, Oxford commas, and spaces over tabs. While known as an Elixir evangelist, he actually gets paid to work as a front end designer at Planning Center. Jesse currently lives near Seattle with his wife and 3 children.