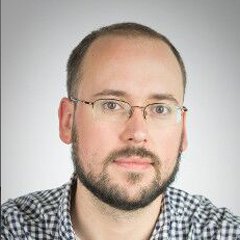 Elm and Phoenix: Two FP flavors that taste great together

Elm is a fast, fun, strongly-typed functional programming language for the browser. It answers the age-old question "Can I write software for a browser, but also avoid drinking heavily and going into a deep state of depression?" with a resounding yes!

Building Elm apps with a Phoenix backend has provided the most productive software development experiences of my life. In this talk I'll discuss the basics, as well as show some real-world examples of how great the two work together in Firestorm, an open-source forum engine we're building in Phoenix and Elm.

Encourage people to consider building frontends in Elm, while demonstrating some real-world motivating use cases.

People who hate JavaScript (because it's bad); Phoenix developers; Erlang developers that also have to build frontend code.

Josh created ElixirSips and now runs DailyDrip, where he produces daily continuing education content for Elixir, Elm, and more. He has been building software for randos for money for over 16 years, having run a consultancy for 10 of those. He is convinced that helping software developers build software better is the best way he can make a large-scale, short-term impact on the world. When Josh is not coding, he likes to spend his time coding.