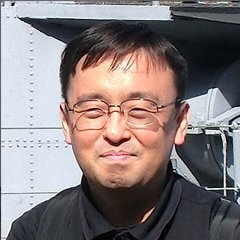 Erlang/OTP accepts many pieces of user-contributed code, but the contribution process is not necessarily trivial. In this talk, we will show our case of proposing, building, and officializing the rand module of Erlang/OTP, including explanations on the following topics: * Deciding what to contribute * Prototyping the module * Testing with Common Test * Adding specs with Dialyzer * Writing the Documentation for Erlang/OTP releases * Issuing pull requests on GitHub effectively * Communication with the OTP Team Maintainers * How to earn community support * Maintenance after the initial release * Solving licensing issues of contributed code.

His talk aims to describe possible issues for contributing a piece of code to Erlang/OTP, and how the issues can be effectively solved.

Kenji has been working on Erlang/OTP since 2008, and Elixir since 2015. His contribution to the community includes Erlang/OTP rand module since OTP 18, FreeBSD patches on BEAM, ACM SIGPLAN Erlang Workshop 2011 Workshop Chair, and eight presentations on Erlang Factory events since 2010. Kenji is a senior member of ACM and IEICE, and has worked as network security and software engineer/researcher since 1990 for various organizations including Kyoto University and Basho Technologies. Kenji now works as an independent professional engineer on Web technologies, information security, concurrent and distributed system. Kenji also conducts Web service systems research and development as Guest Researcher at Pepabo R&D Institute of GMO Pepabo, Inc., since January 2017.