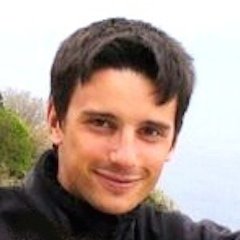 For a few years we've been playing with an idea of visualising Erlang nodes and processes in a way that would help developers quickly grasp the behaviour of a cluster or a node. For example by visualising message passing as edges of a graph, one can observe processes connected in a ring as explained at the Erlang User Conference 2013 in this lighting talk https://vimeo.com/70624790. Today's web browsers support WebGL, which can be used for rendering interesting user interfaces. In 2016 Netflix released to public their open source components visualising traffic in computer networks, which helped build a new generation of the tool presented some years ago. In this talk we present examples of visualisations of inter-node traffic within an Erlang cluster, a supervision tree busy with after-crash restarts, a set of processes involved in message passing between them. We also discuss how much of an extra load the visualisation puts on a running system.

Erlang and Elixir developers interested in exploring or debugging behaviour of clusters and particular nodes in a cluster.

Michał Ślaski started programming in Erlang at the AGH - University of Science and Technology in Krakow, Poland, when working on his Masters prototyping massively multiplayer online games. After graduating, he joined Erlang Solutions on key projects around the world. He is currently heading Erlang Solutions' Krakow office in Poland, keeping the Erlang flag up high.