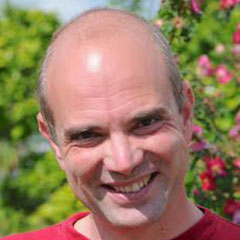 Create amazing Internet of Things designs without soldering or dropping down to C. Right out of the box Grisp-Base boots into Erlang VM running on real bare metal. It features on-board wireless networking 802.11b/g/n WLAN and connectors for standard PMOD sensor and actuator modules.

You can even enter a raffle and win some boards!

Getting started with real embedded development had a lot of hurdles before getting some results. The combination of a prebuilt Erlang+RTEMS=Grisp binary with Erlang and a zero friction rebar3 toolchain gets you to talk to sensors and actuators in no time. We announced the boards last fall on EUC and now have the first batch available. In my talk I will demonstrate how to get started with the toolchain and how fast results can be obtained.

Available CPU boards are either to large (can run Linux easily) or too small (Arduino size) to make much sense running a Erlang VM close to the hardware. We are developed a CPU board just in the right size to implement interesting applications in Erlang close to the hardware. Building on a updated port of Erlang to RTEMS realtime operating system this board will boot very quickly after power on into a Erlang VM right out of the box. It features Wifi for connectivity to PMOD sensor and actuator boards with a platform for device drivers. This will be the ideal platform for experiments with Erlang Embedded Wireless application. The talk will demo the board together with several PMOD sensor/actuator boards with wireless Erlang distribution and explain the architecture and the current status of the Erlang/RTEMS = Grisp port and the PMOD Erlang device driver platform.

Show how to quickly prototype Erlang Embedded Wireless Applications, give a overview of the available PMOD and other compatible sensors and actuators. Getting started with the Grisp rebar3 based toolchain.

Peer ported Erlang to Hard-Realtime Operationg system RTEMS (www.grisp.org). He developed the Hydraprog automotive control unit flashing device which has been used successfully all over the world for over 15 years. Since 2007 the firmware of the device is written mainly in Erlang - including protocol stacks for all existing automotive protocols. Currently developing industrial transport system controller with Erlang in a small embedded system. Initially mastered in Physics at the Technical University Munich, Peer has broad experience ranging from low level device drivers to functional languages in industrial and automotive applications. He has been working self employed as a developer since 1987. He did consulting work in applied cryptography and protocol design and implementation. Peer is currently living and working in the nice countryside west of Munich, Bavaria.