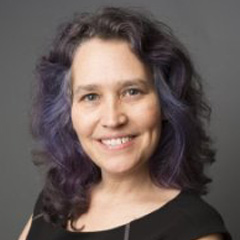 This conference brings diverse communities together, with deep experiences solving problems across different domains.  Two languages, Erlang and Elixir, have common principles, expressed differently.  Sarah will share some stories from research in human spoken language about how language influences how we think and learn, and how that relates to programming languages.  Also she’ll explore the wisdom that she believes is present in our community, beyond the specifics of any language syntax or library.  She hopes to inspire you to share what you know with the people you meet at the conference, and to be curious to learn from others.

Around the time that Erlang was being invented, Sarah was coding in C for 3D computer graphics. She applied concepts of 3D modeling and animation in her first startup, creating After Effects to let artists control how two-dimensional video changes over time and space. In the mid-90s, she joined Macromedia to learn about the Internet, on a project code-named Shockwave and later transitioned to creating software that enabled communications with the Shockwave Multiuser Server and Flash video.

Throughout her career, Sarah has leveraged deep experience in one technology to create innovation with the next. She believes in learning by teaching, even or perhaps especially for things that she has recently learned. In parallel with her technical work, Sarah has created programs to increasing the diversity of the tech industry. In 2009, she co-founded RailsBridge, which became Bridge Foundry in 2013. Just last year, ElixirBridge was formed and she volunteered at their first workshop, learning and teaching Elixir to programmers who are new to the language.

Sarah is an avid polyglot in programming and human-spoken languages. She speaks English, Spanish, German and is learning Japanese and a little Mandarin. She currently works at Google on the Firebase team.