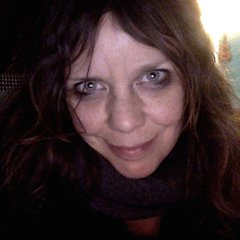 In this talk I share my observations from using Erlang to reconstruct poetry from live Twitter streams. As an experienced programmer in several other languages, I wanted to understand the praises I’ve heard about Erlang's merits as a language. Having no prior experience with Erlang, I dove in to see what would happen! What I learned about Erlang's strengths and weaknesses—both technically and as an ecosystem for learners—was surprising and has reshaped my thinking about application development.

A few years ago I read an article about future applications being "networks built on top of existing networks". The article intrigued me, and at 4am one morning I suddenly had to know: "are T.S. Eliot's Four Quartets just floating along on top of the stream of our daily conversations on Twitter? Because if so, that would be amazing--and someone must liberate them!" I decided that "someone" would be me, so I quickly spun-up a prototype in Ruby that skimmed Twitter and rebuilt poems from a real-time stream of tweets.

Ruby did its job, but as I thought about it and talked it out, it became apparent that Erlang's actor and concurrency models were much better suited to the task, so I decided to pick up Erlang and rebuild the project from the ground up. Building an application can help through the hard parts of learning a new language and framework, and conversely, learning a new language and framework can shed light on application possibilities.

This talk will use Twitwrit—an application that reconstructs poetry from live Twitter streams—as a case study in learning Erlang, looking at topics such as:

Along the way we'll build a couple poems and look at how the structure of the project impacts the output.

Programmers interested in Erlang adoption, for themselves or others. Topics will cover both introductory and advanced concepts that are drawn from Erlang and other languages. Lovers of poetry.

Sarah is a Software Engineer and Manager who was most recently on the tech team for Hillary for America. Prior to that, she spent 4 years making the world safe for well-dressed men by scaling warehouse and logistics operations for Trunk Club, a Chicago-based company that was acquired by Nordstrom in 2014. After the acquisition, she led the team that integrated Nordstrom software into the Trunk Club SOA, enabling the launch of a multi-million-dollar business vertical, Trunk Club for Women. She has spent many years working with startups and embedded businesses, including 6 years in Mount Sinai Hospital’s Educational Technology Group. She transitioned to software from theater directing and holds a Masters Degree from the ITP Program at NYU / Tisch School of the Arts. She is currently learning about blockchain technology, and in her spare time she likes to code, read, write and lie about with her cats.